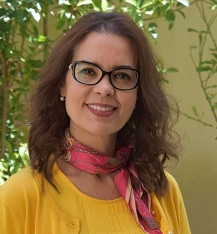 Ms. Ismahane Elouafi holds the position of Chief Scientist at the Food and Agriculture Organization (FAO) of the United Nations, a new position created within FAO’s core leadership structure. Her appointment was announced by FAO Director-General QU Dongyu at the 35th FAO Regional Conference for the Near East in September 2020.

From 2012 until her appointment, Ms. Elouafi was Director General at the International Center for Biosaline Agriculture based in the United Arab Emirates. In this role, she spearheaded the development and implementation of the center’s long-term strategy and expanded its mandate to marginal environments, an agroecosystem concept which she helped to mainstream in the global research and development discourse.

Ms. Elouafi has been a member of various strategy expert panels and advisory groups, including with the Global Commission on Adaptation and HarvestPlus.

She sits on the boards of the International Food Policy Research Institute, the USA; the Centre for Agriculture and Bioscience International, the UK; and the Professional Development Institute, Canada.

She is also a member of the Scientific Group for the 2021 UN Food Systems Summit and of the CGIAR System Management Board.

Ms. Elouafi is a strong advocate for diversifying into neglected and underutilized crops and rethinking food systems as a whole. She is also internationally known for her work on promoting use of non-fresh water in agriculture and empowerment of women in science.

Her contributions to science and policy have been recognized with a number of prestigious awards and accolades, including the National Reward Medal by His Majesty Mohamed VI, the King of Morocco (2014), and the Excellence in Science Award from the Global Thinkers Forum (2014).

Ms. Elouafi holds a B.Sc. in Agricultural Sciences (1993) and an M.Sc. in Genetics and Plant Breeding (1995) from the Hassan II Institute of Agronomy and Veterinary Medicine, Morocco, and a Ph.D. in Genetics (2001) from the University of Cordoba, Spain.