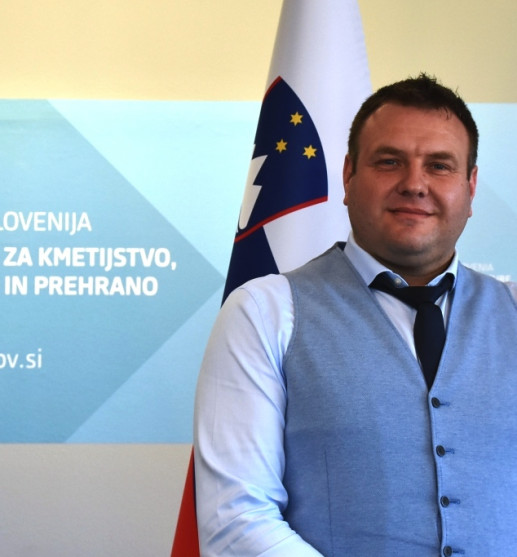 Born on 14 May 1979, grew up in a rural family in the northeast of Slovenia in the Slovenske gorice. From his childhood, he has been fond of animals and enjoyed all activities involving animals.

Mr Irgolič finished his secondary education at the Secondary Agricultural School (Srednja kmetijska šola) of Maribor, and continued his studies at the Faculty of Agriculture and Life Sciences (Fakulteta za kmetijstvo in biosistemske vede) of Maribor, specifically in Animal Science (Zootechnics).

On graduation in Zootechnics, he graduated in Agriculture from the same Faculty, and received his Master’s degree in Agricultural Economics.

In 2005, he started his professional career within the Agricultural Extension Service (Kmetijsko-svetovalna služba) at Ptuj, where he cooperated in a new “graphic layer plotting” project that had just been launched, by completing the collective applications. Later that year, he took up the employment with the Agency for Agricultural Markets and Rural Development – AMRD (Agencija za kmetijske trge in razvoj podeželja - AKTRP), where he worked in the Direct Payment Sector. In addition to his job and tasks within the AMRD Direct Payment Sector, he was active within Expert Groups covering the field of Agriculture at the level of the European Union.

In May 2019, he was appointed Head of the Direct Payment Sector of the AMRD, and his principal job and tasks covered the implementation of the Common Agricultural Policy (CAP). In the period of his employment with the AMRD, he was in a position to familiarise himself in detail with the operation of the public sector in general.

In March 2021, he was appointed Secretary of State within the Ministry of Agriculture, Forestry and Food (MAFF) of the Republic of Slovenia.

Ministry of Agriculture, Forestry and Food (MAFF) of the Republic of Slovenia